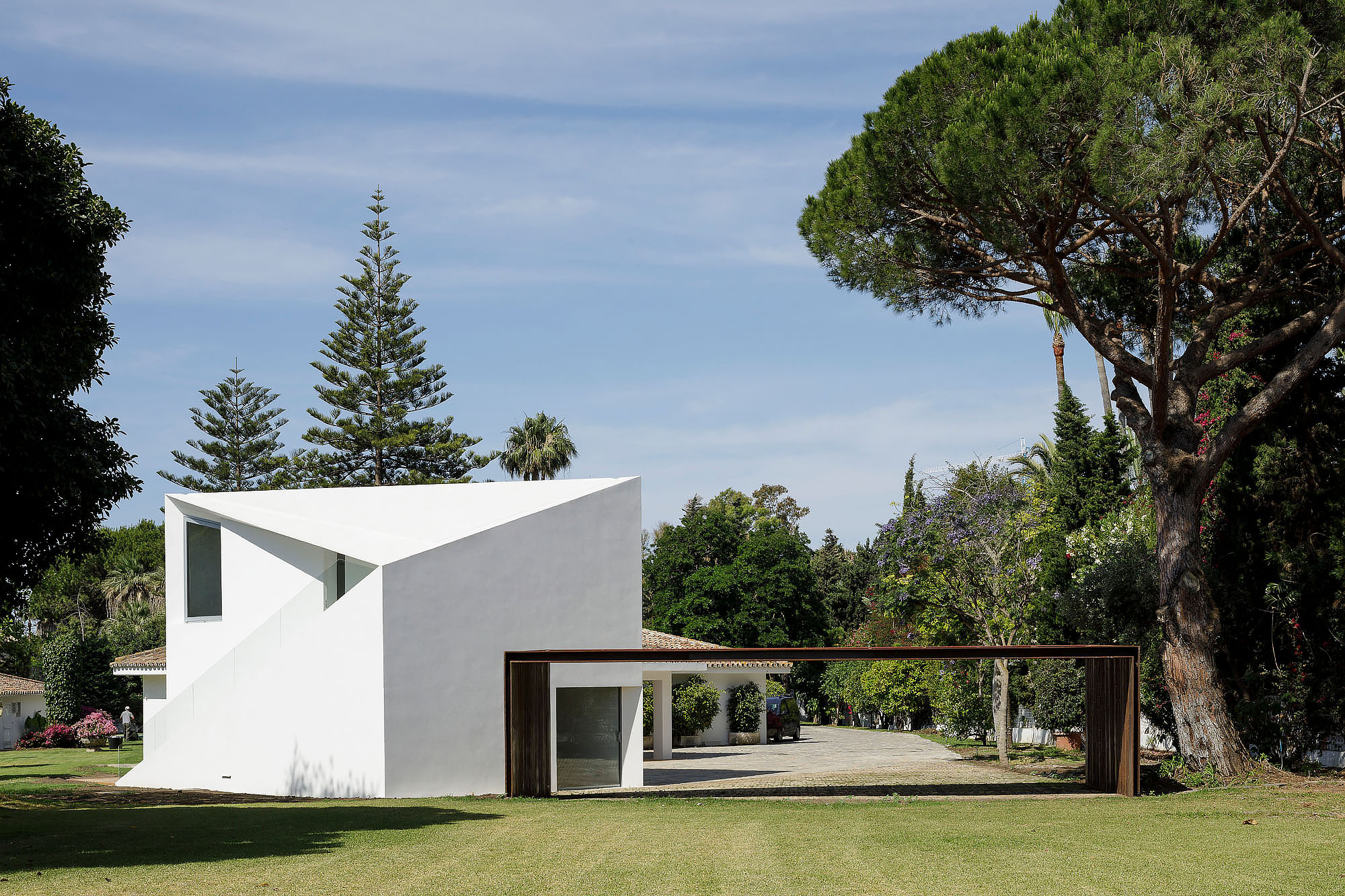 We like to see architecture as a living organism, capable of mutating and transforming itself, of growing and reorganizing itself in order to match the different periods of time when it functions in the service of society.

Our project starts with an existing villa from the 1970s that enjoys a beautiful private garden around it and is provided on the east end with a small building used as a garage. Given the need to extend the existing home, we propose to transform the garage and adjust the garden accordingly.

We have designed two independent open-space pavilions for guests that are organized around a central core housing different services. Each pavilion opens to capture different parts of the delightful garden, as if we had created a sort of panopticon of nature.

–
Constructively, the extension is connected to the existing building by means of a metallic structure and the two bodies are unified with an outer thermal insulation system. The new volume built on top of the old garage is completely covered in a continuous insulating layer called S.A.T.E. A thermo-reflective roof is built in continuity with the façade, allowing for the reflection of most of the solar radiation that it receives, (> 70%), while having a high thermal emittance (> 75%).

We have also built a steel pergola in the garden that allows for a vibrant passage of light and provides a generous amount of shade for carrying out different activities.