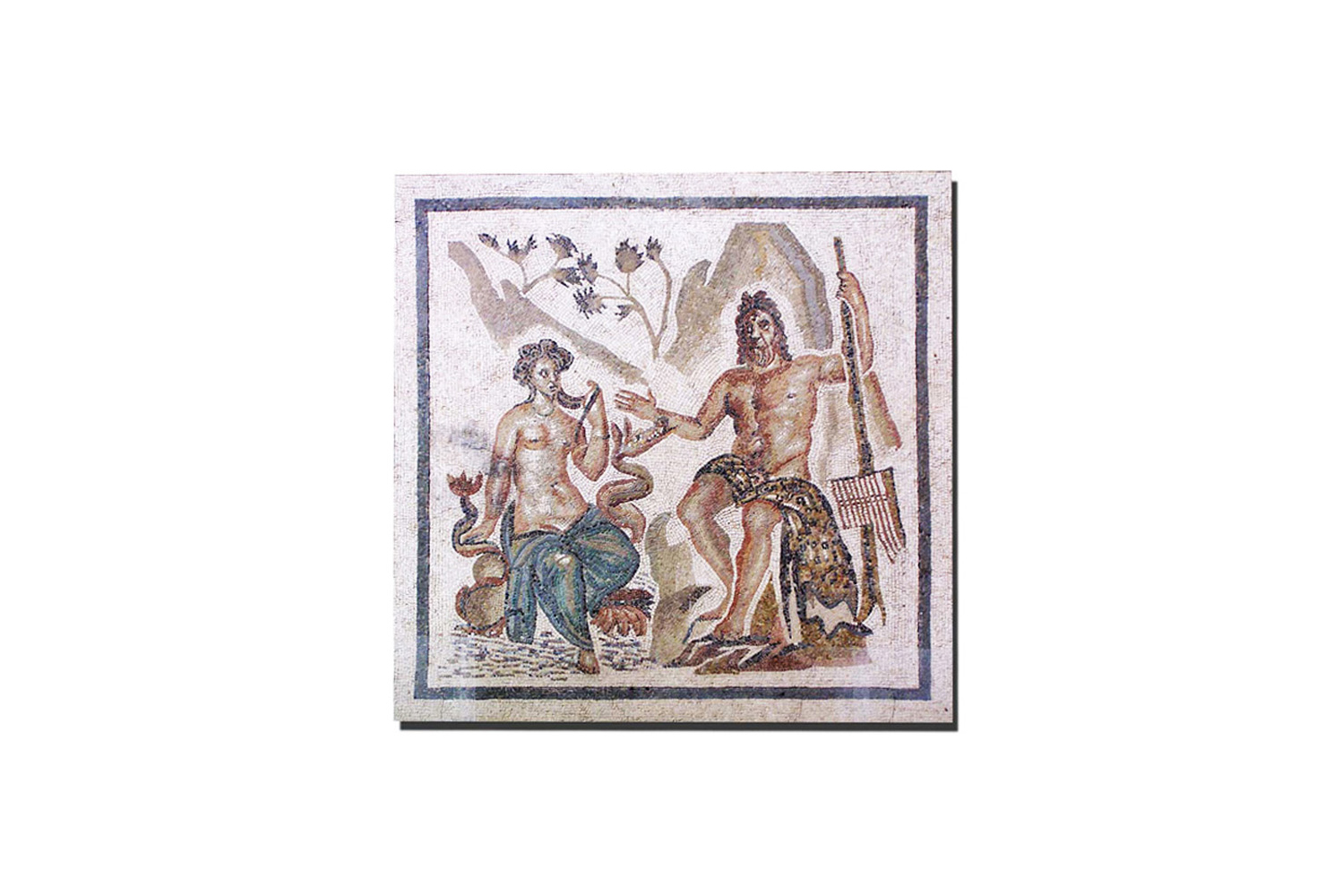 Galatea is the name of the beautiful nymph who appears at the side of Polyphemus on the tile of a mosaic discovered in the nearby plaza and found to be from 200 AC. This important mosaic of Pompeian style narrates the moment in which the Cyclops declares its love to the beauty while she notices, between terror and surprise, that the monster has only one eye.

Over the unique beauty that surrounds this garden hidden between party walls and erected over more than 2000 years of history, we aim to structure a place employable by everyone and for everyone. A place to gather, chat, show, exhibit, work, stroll, contemplate… A place for the debate concerning society, the city, neighbourhood to neighbourhood, where all cultures can share their point of view. A new social and cultural forum.

The proposal looks at the following interventions:

– THE FORUM. The creation of a large area that allows for cultural activities to take place in open air during winter months and summer nights, keeping the garden occupied for more than 18 hours per day. This is a place for the citizens to meet.

– ARCHAEOLOGICAL ENSEMBLE. Recovering, for the large urban island of Orive, of the Roman circus laying beneath the garden and creating an archaeological ensemble together with the Roman temple on the other side of Capitulares street. For that reason an access is being provided to the Roman ruins laying beneath the garden, which will allow us to see the actual level where the Roman circus was located and will guide us directly to the columns of the temple.

– EPHEMERAL BUILDINGS. Restructuring the inner space of the garden through lightweight buildings attached to the neighbouring walls.

– SHADOW AND PERFUME. The extension of the actual gardens through orange trees generating a large tree-covered and shadowed area which protects from the intensive heat of the summer in Córdoba.

– SUSTAINABILITY. All of the rainwater is gathered in tanks which later serve for the irrigation of the garden. Necessary energy for the illumination and social performances is achieved by means of photovoltaic panels found in the garden in the form of pergolas.

The building of the foundation for contemporary architecture is a gate-building. Compared to the weight of the Roman columns, the contemporary architecture consists of a building which seems to have no weight at all. This proposal brings to a minimum, according to standards, the sections of the bearings and the slabs, increasing the number of pillars until creating a “wood” through which the garden can be reached. But although 2000 years have passed, the building confronts its opponent with the same resources. High columns which come closer to each other in order to create a sieve to pass through.

The building of the foundation has an opening at street level which allows for the passage to the inner garden through a large ramp. Within this passage we discover the public entrance to the left and the private entrance and entrance for the disabled to the right. From the bookshop we can reach through a light ramp the exhibition area, which is divided in two levels. This coiled itinerary ends at second floor level, which is destined to administration and offices.

The transparency and lightness of the building are acheived through the addition of translucent veils in front of the glass openings which protect from the eastern and western sun. These veils are made of plastic materials, such as policarbonate or polimeric fabrics. The skin of the building consists of more rigid materials as concerning the lower floors and becomes more flexible and transparent in the case of the upper floors.

Between the glass and the veil a controlled space is created, which allows for the heating of the building in winter time and ventilation during the summer. A diagonal skylight goes through the building, providing light from the north and improving ventilation. The building is self-sufficient through the use of photovoltaic panels.